Police Chief Arrested In Connection To Family Murders In Mexico 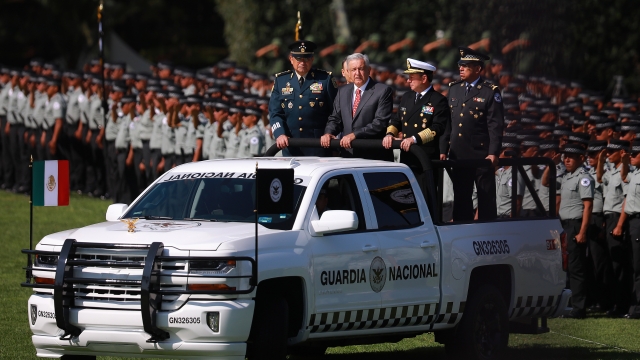 SMS
Police Chief Arrested In Connection To Family Murders In Mexico
By Gage Jackson
By Gage Jackson
December 29, 2019
A police chief in Mexico has been arrested in connection to a massacre that left nine family members dead near the U.S.-Mexico border.
SHOW TRANSCRIPT

A Mexican police chief has been arrested in connection to the killings of three women and six children from an American family in November.

Federal authorities arrested Fidel Alejandro Villegas, who's the police chief in the town of Janos, during an investigation into the attack on Nov. 4.

Authorities say he was taken in on suspicion of protecting organized crime and colluding in the murders.

The victims were dual U.S.-Mexican citizens and members of the LeBaron family, which is part of a fundamentalist Mormon community. They were traveling on a remote road when they were attacked by gunmen.

Mexico's president has formed a National Guard to combat crime, but a cousin of the victims told The New York Times the guard didn't arrive on scene until many hours after the attack.

The FBI is also now working with Mexican authorities to investigate the event.