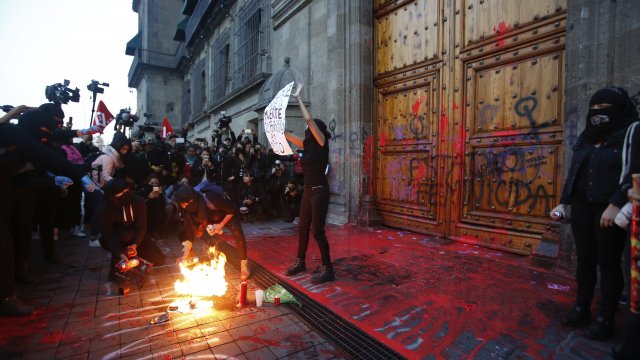 Mexican lawmakers propose increasing sentencing times for crimes of femicide or the sexual abuse of minors.

The lower house of Congress passed the following proposals: Increasing the sentence time for femicide to 45 to 65 years, currently its punishable for 40 to 60 years. And increasing sentence time for sexual abuse of minors to 10 to 18 years, which would be up from the current six to 13. These proposals are headed to the senate.

Protests over the death of a 7-year-old girl galvanized Mexican lawmakers to act. Investigators found Fátima Cecilia Aldrighett's body Saturday wrapped in a bag and abandoned in a rural area.

This death follows the murder of 25-year-old Ingrid Escamilla. Her murder sparked charged demonstrations outside the Mexican president's National Palace. Hundreds of women chanted "justice," while dozens spray-painted "we will not be silenced" on the doors of the palace.

Mexican President Andrés Manuel López Obrador told reporters his government works every day to end violence in the country. According to government figures, 10 women are killed in Mexico every day.