Mexican Government Warns Nationals Of 'New Reality' In US 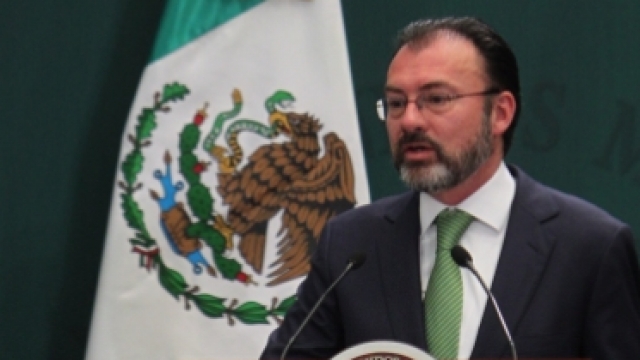 SMS
Mexican Government Warns Nationals Of 'New Reality' In US
By Lauren Stephenson
By Lauren Stephenson
February 10, 2017
The statement from the Mexican Ministry of Foreign Affairs came in the wake of what it views as a "hardening of immigration measures" in the U.S.
SHOW TRANSCRIPT

The Mexican government has warned its citizens in the U.S. to "take precautions" in the wake of a recent executive order signed by President Donald Trump.

Mexico's Ministry of Foreign Affairs said Friday the Mexican consulates in the U.S. have "stepped up their work to protect nationals."

The ministry said the deportation of Arizona mother Guadelupe García de Rayos "illustrates the new reality" for the Mexican community in the U.S.

Rayos, whose children are U.S. citizens, came to the U.S. illegally when she was 14. She was convicted of criminal impersonation for using a fake Social Security number to try to get work.

Under the Obama administration, Rayos was not considered a priority for deportation since she was a non-violent offender.

But the executive order signed during Trump's first days in office aims to expedite the removal of people who don't have a legal claim to stay in the states — especially those convicted of crimes.

So when Rayos went to Immigration and Customs Enforcement headquarters for her regular check-in Wednesday, instead of being let out, she was detained. 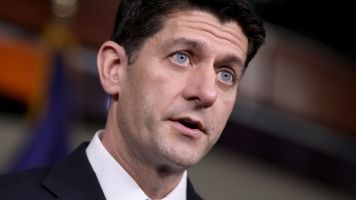 Woman Living In US Illegally Asks Paul Ryan: Should I Be Deported?

Her detainment and deportation sparked protests that led to several arrests in Phoenix.

According to various media outlets, ICE conducted raids in several U.S. cities, beginning shortly after the signing of the executive order. Several outlets in California report an "enforcement surge" resulted in the arrests of over 160 people.

ICE said most of those arrested have criminal records.

However, a statement from ICE says, "The focus was no different than the routine, targeted arrests carried out by ICE's Fugitive Operations Teams on a daily basis."

Enforcement surges took place under the Obama administration, too.