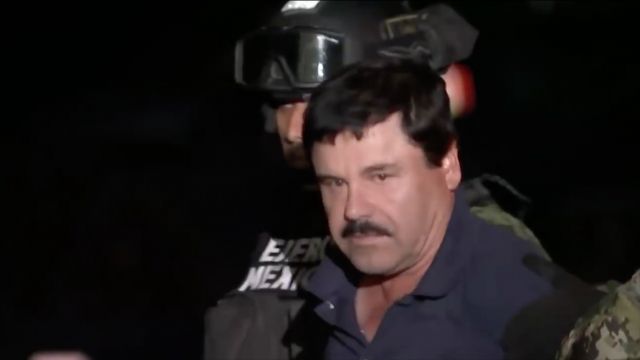 By Matt Picht
January 19, 2017
Mexican officials said Joaquín "El Chapo" Guzmán has been successfully extradited to the U.S., where he could face drug charges in several states.
SHOW TRANSCRIPT

Mexican drug kingpin Joaquín "El Chapo" Guzmán has been extradited to the U.S., according to Mexico's Foreign Ministry.

Guzmán led the infamous Sinaloa cartel and has been arrested by authorities three times since 1993. He escaped from a maximum security prison in 2015 but was recaptured in early 2016.

Guzmán is being extradited to New York to face drug trafficking charges in the state. He has also been indicted in several other federal districts.