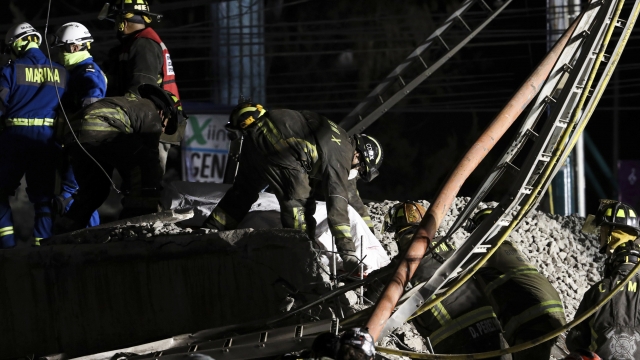 The line had to be partly closed in 2013 so tracks could be repaired.

A metro overpass in Mexico City collapsed overnight, killing at least 23 people and injuring 70 others.

City officials said it appeared one of the support beams had given way as the train ran over it.

Mexico City's metro system started running half a century ago but the collapse happened along one of its newer routes. The line had to be partly closed in 2013 so tracks could be repaired, but allegations about poor design and construction have existed since 2012.