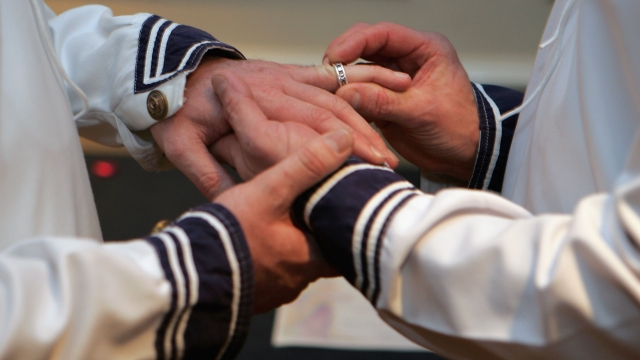 During the Methodists' General Conference in St. Louis, church delegates voted down a proposal called the One Church Plan, which would've eased restrictions on same-sex weddings and LGBTQ clergy.

Instead, delegates voted 438 to 384 in favor of the Traditional Plan, which maintains the church's current doctrines. It also includes measures to crack down on churches and clergy that don't uphold those rules.

The United Methodist Church is the second-largest Protestant denomination with more than 12.5 million members spanning the globe.

More than 100 Methodist clergy members publicly came out as LGBTQ in a letter released back in 2016, defying the church's ban on "self-avowed practicing homosexuals" in ordained ministry. It's unclear if those clergy members will be allowed to remain with the church under that Traditional Plan.