Why This CEO Says He Left Trump's Manufacturing Council 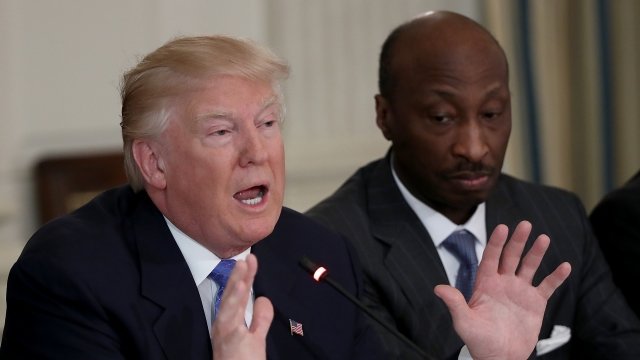 SMS
Why This CEO Says He Left Trump's Manufacturing Council

After President Donald Trump's response to the violent protests in Charlottesville, Virginia, one pharmaceutical CEO is distancing himself from the White House. Merck pharmaceuticals CEO Kenneth Frazier resigned from Trump's American Manufacturing Council on Monday.

In a statement, Frazier said, "America's leaders must honor our fundamental values by clearly rejecting expressions of hatred, bigotry and group supremacy ... as a matter of personal conscience, I feel a responsibility to take a stand against intolerance and extremism."

The president was widely criticized for his initial public response to the violence, in which he didn't explicitly acknowledge white supremacists were involved.

Trump said Saturday, "We condemn in the strongest possible terms this egregious display of hatred, bigotry and violence on many sides, on many sides."

Soon after Frazier announced his decision to leave the council, Trump tweeted that the CEO "will have more time to LOWER RIPOFF DRUG PRICES!"

Trump spoke out against rising drug costs many times before becoming president. 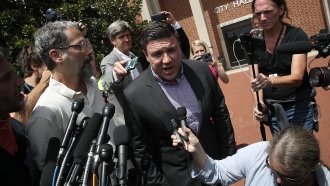 Co-Organizer Of White Nationalist Rally Chased Away By Angry Crowd

But by June, several outlets were calling the administration's proposals friendly to the pharmaceutical industry.

Several hours after Frazier resigned, Trump made a public statement explicitly calling out the KKK, neo-Nazis and white supremacists.