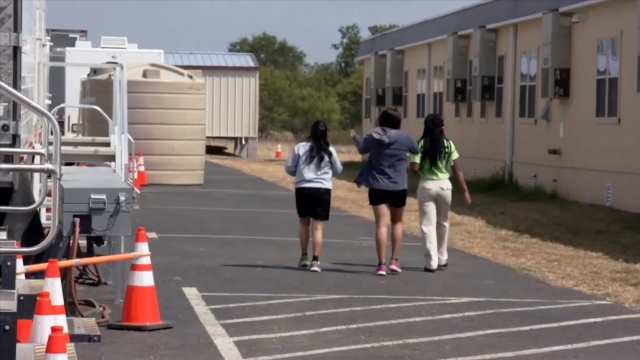 A September 2019 Heath and Human Services report describes the mental health challenges that unaccompanied minors faced when they were in HHS custody last year. The report didn't quantify things like standard of care, but it did show examples of how children experienced trauma prior to and while at their facilities, especially if they were separated from their family.

The report cited multiple cases of children who experienced trauma such as murder, kidnapping, or rape prior to arriving to the US. Mental health clinicians at the Office of Refugee Resettlement facilities highlighted challenges like larger caseloads and a lack of training to deal with young children who struggle processing trauma. 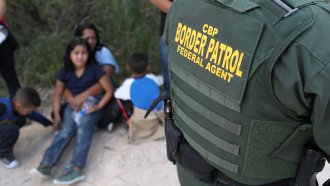 Dr. Sita G. Patel is a clinical and community psychologist, and an Associate Professor of Clinical Psychology at Palo Alto University. She's spent 15 years researching with the International Network for Public Schools. Patel says migrant kids separated from their parents in US custody face particular mental health challenges, which will likely last long after they are released.

"We think about it in our research from an attachment lens. And so having a secure attachment allows both young children and older adolescents to develop a healthy sense of themselves, to develop healthy relationships with others. And with that security, they feel confident to go out into the world," Patel said.

Patel says a lack of attachment can lead to a range of mental health concerns, especially in the very young and teens. Short term impacts, she says, can include anxiety, depression and PTSD. Long term, this stress may contribute to risky behaviors like self harm, unsafe sex or alcohol and substance abuse. Patel adds that voluntary or involuntary separations are not the same trauma.

"When we're talking about a voluntary separation, there is still a challenge to that and that is stressful and taxing to the attachment dynamic. But it's not a trauma in the same way because it's often premeditated and discussed and there can be preparation and there can be as I said earlier there can be a realignment with another attachment figure. So a child can feel a sense of belonging and home and security in an environment that is planned in that way when it's forced or involuntary then that traumatic response is much more likely," Patel told Newsy.