The Mental Health Impact Mass Shootings Have On Survivors 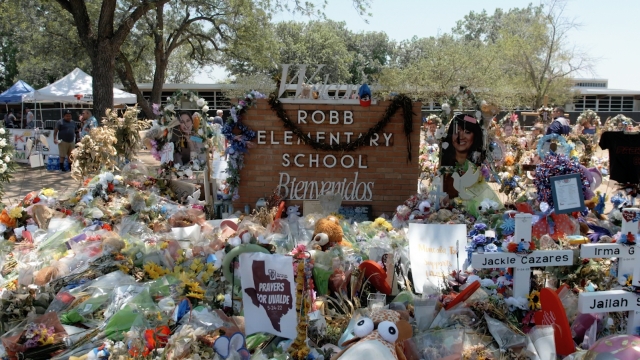 SMS
The Mental Health Impact Mass Shootings Have On Survivors
By Axel Turcios
By Axel Turcios
June 14, 2022
A Parkland shooting survivor shares coping mechanisms with the community of Uvalde, Texas.

Three weeks have gone by since the Robb Elementary School shooting, but it feels like time does not move in Uvalde, Texas.

A shadow of sadness is felt on every corner. A community unable to cope with their trauma.

"It definitely hits you right in the heart," Uvalde resident Martin Sanchez said. "It's a scary time right now. So I think everybody's definitely affected with that mental health."

Just a few states over, remnants of a dark episode are not easy to leave behind, at least for Carlos Rodriguez, who survived the Parkland shooting in 2018.

"It's something you have to live with for the rest of your life," he said.

When he was eight, Rodriguez immigrated to the United States from Venezuela. He says they escaped because it became dangerous for his family.

When he arrived in the U.S., he says he immediately felt safe but that all changed on Valentine's Day of 2018 when a gunman entered his high school, Marjory Stoneman Douglas, killing 17 people and injuring 17 others.

His friend, Joaquin Oliver, also from Venezuela, died in the shooting.

"We were hiding in those classrooms. We were just at a loss for words. We found out that 17 people died. We couldn't believe it," Rodriguez said. "And I didn't understand how that was going to damage my heart for the rest of my life."

Psychologists say that same trauma can be felt in the wake of nearly every mass shooting.

In Uvalde, the population is more than 80% Hispanic and a majority of residents are low income. Newsy spoke to one expert who said these factors put these types of communities at risk. Most of them do not seek help to deal with their mental trauma.

One problem, she says, is "Not having enough providers that may speak your language, especially if you're monolingual Spanish speakers are (or?) not having providers that look like you or can understand your culture."

Another concern in Uvalde is survivor's guilt, which is a symptom of post-traumatic stress disorder.

"We expect some of that guilt to happen in those early phases, but when it becomes persistent and it doesn't go away, that would be a time that we can approach it and work with it," she said.

Snyder adds that in extreme situations, survivor's guilt can cause someone to hurt themselves.

In 2019, two students who survived the Parkland shooting died from apparent suicides. The same year, the father of a Sandy Hook victim took his own life.

"Survivor's guilt is real," Rodriguez said. "And as a survivor, I say that I've definitely thought about the worst case scenario — And I've thought about not being in this life."

Although the last four years haven't been easy, Rodriguez has turned his pain into a passion. Through music, he says he is healing.