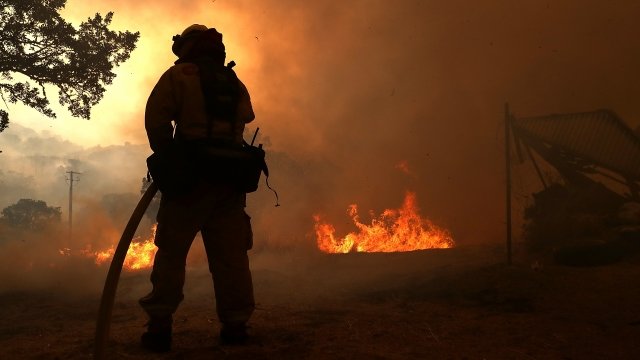 The Mendocino Complex fire in California is now the largest recorded blaze in state history.

The blaze is made up of two separate fires — the Ranch Fire and the River Fire — that are spreading through multiple counties in northern California. As of Monday evening, the two fires had burned more than 283,000 acres combined. At that time, almost 4,000 firefighters had it 30 percent contained.

The Mendocino Complex fire surpassed the Thomas Fire, which scorched 281,893 acres and destroyed more than 1,000 structures after it started late last year.

The Mendocino Complex blaze became the largest in California history less than two weeks after starting on July 27.

Officials are still investigating what caused the fire to start, but it's one of more than a dozen that fire crews are battling across the state.