Men With Eating Disorders Wait To Get Help, Study Finds 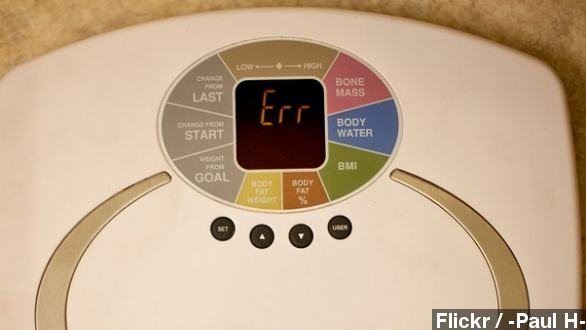 By Elizabeth Hagedorn
April 9, 2014
A new study suggests men with eatings disorders wait to get treatment out of fear they won't be taken seriously.
SHOW TRANSCRIPT

​We're all familiar with the stereotype that bulimia and anorexia are uniquely women's problems. A new study suggests that perception is so engrained in our culture that it keeps men with eating disorders from seeking treatment.

They interviewed 29 women and 10 men — all of whom suffered from eating disorders. The men in the group said it took them longer to realize they had the signs of an eating disorder.

Those signs, according to the National Eating Disorders Association, include fear of gaining weight, binge eating and purging and self-esteem overly related to one's body image.

Once they recognized their symptoms, many of the men in the study said they waited to get help, fearing they wouldn't be taken seriously. (Via WWL-TV)

And for some, that seemed to be the case — several were misdiagnosed and others were made to wait a long time for specialist referral. One of the study's participants said he thought eating disorders only effected "fragile teenage girls." (Via WRC-TV)

Part of the problem, the researchers say, is a lack of information specifically for men. Medical professionals, they say, need to recognize it's a gender-neutral disease.

As one nutritionist told ABC, "It can be the guy who is purging to make weight on the wrestling team or the guy who wants the perfect body, but not necessarily the kind girls want."

Previous studies have shown at least 25 percent of men whose weights are normal think they don't weigh enough, and estimates suggest men account for 1 in 4 eating disorder cases.