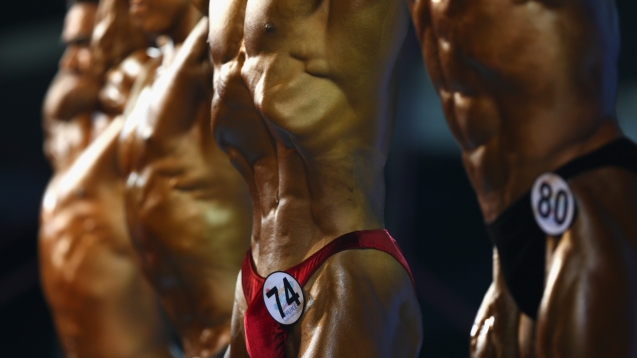 SMS
Men Increasingly Feeling Pressure To Be Beautiful
By Cody LaGrow
By Cody LaGrow
September 11, 2015
Research suggests men are more concerned with their body image than ever before.
SHOW TRANSCRIPT

The ideal male form — recognized since the statue of David.

And modernly interpreted as something more magical than anything Michelangelo could have cut from marble. (Video via Warner Bros. Pictures)

So aside from excessive swooning and sporadic night sweats, does this sort of overexposure to chiseled abs and bulging biceps result in body image issues in men? Researchers say yes.

Unlike women, men aren't as likely to be interested in getting thinner but bulkier, which can result in excessive exercising and abusing steroids — making them more likely to binge drink, use drugs and suffer from depression.

But it seems men have realized a physique is nothing if it's not finessed. The guys are spending more than ever before on beauty products. Can you tell I'm wearing makeup?

A 2010 study suggests men are becoming more dissatisfied with their body image and women less so — resulting in a sort of turning of the tables — putting pressure on the boys to get beautiful.