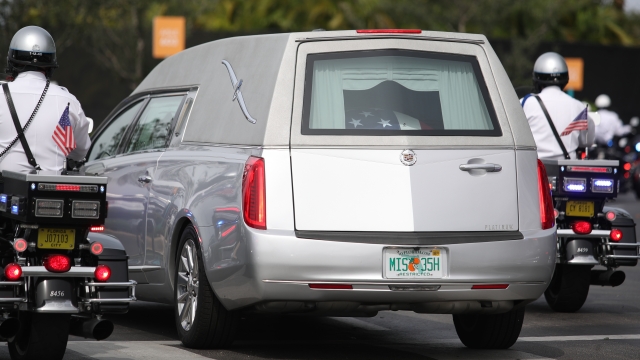 FBI agent Daniel Alfin was remembered at a memorial service in Florida. He was killed Tuesday while serving a search warrant.

Alfin was known for his dedication to protecting children from abusers.

His service took place at the Miami Dolphin's football stadium. FBI director Christopher Wray spoke at the service and so did Alfin's brother.

"In honoring Daniel today, we are not just saying goodbye to a colleague, a friend, a brother, a son, a father or a husband, but we are collectively ensuring his memory lives on," said Denis Alfin.

Laura Schwartzenberger was also killed in the shootout. A separate service for her took place at the stadium on Saturday.

The shootings marked one of the most violent days in FBI history.