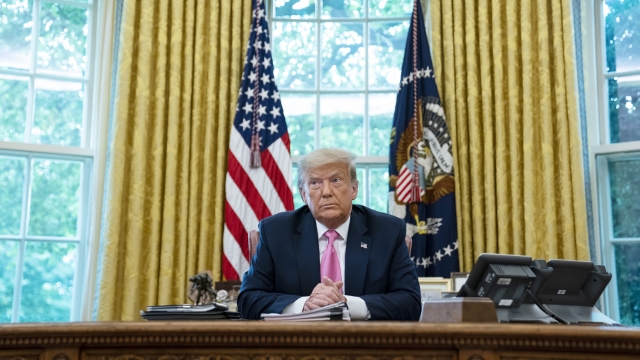 SMS
Trump Memo Could Exclude Undocumented People From Apportionment Counts
By Ahmed Jawadi
By Ahmed Jawadi
July 21, 2020
The memo would exclude undocumented immigrants from population tallies used to determine how many members of Congress each state gets.
SHOW TRANSCRIPT

President Donald Trump signed a memo on Tuesday that would exclude undocumented immigrants from population tallies used to distribute congressional representatives among states.

The memo directs Commerce Secretary Wilbur Ross to provide President Trump with a report on the number of undocumented immigrants in the country. President Trump can then choose to exclude those people from the final population count used to determine the number of House members allocated to each state following the 2020 census.

The president explained the move in an accompanying statement, saying including undocumented immigrants in the apportionment process "would create perverse incentives and undermine our system of government."

But House Speaker Nancy Pelosi called the move "unconstitutional" and "unlawful" and alleged it was meant to "inject fear and distrust into vulnerable and traditionally undercounted communities, while sowing chaos with the Census."