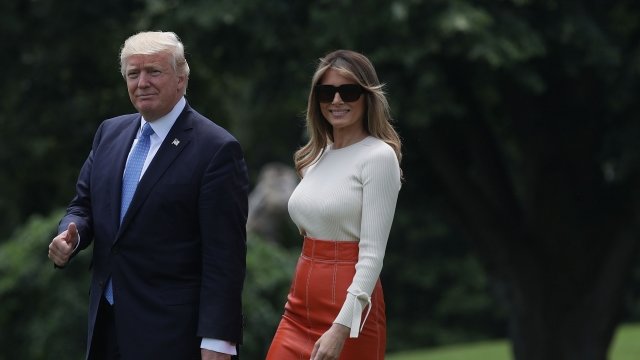 SMS
Melania Trump Won't Attend G7 Or North Korea Summits
By Katherine Biek
By Katherine Biek
June 4, 2018
The first lady has not been seen in public since before she underwent a procedure May 14 to treat a benign kidney condition.
SHOW TRANSCRIPT

Melania Trump is not planning to join her husband at this week's G7 summit in Quebec. Her spokeswoman said the first lady also does not expect to attend President Donald Trump's upcoming summit with North Korea's leader in Singapore.

Melania Trump attended last year's G7 summit in Italy. Spouses of world leaders usually attend these events as they often have public appearances of their own scheduled.

She hasn't been seen in public since before she underwent a procedure May 14 to treat a benign kidney condition.

After several rumors about her whereabouts, Melania Trump tweeted that she's "feeling great" and "working hard on behalf of children and the American people." 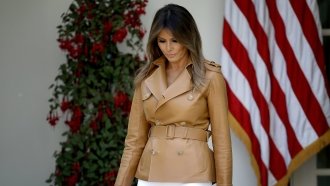 Did Melania Trump Actually Plagiarize Part Of Her 'Be Best' Campaign?

Her spokeswoman told ABC the first lady has been meeting with staff and working on plans for upcoming events like Fourth of July and the congressional picnic.

Trump is scheduled to co-host a reception with her husband for Gold Star families Monday evening. It'll be closed to the press.