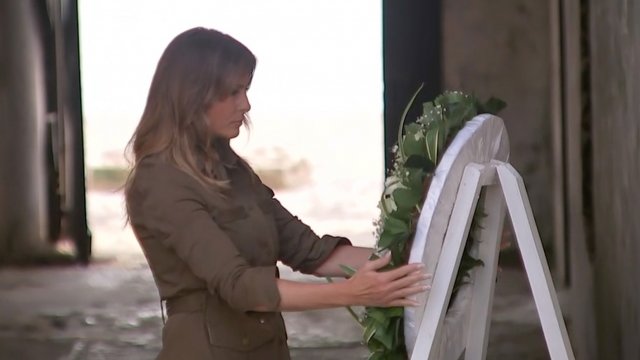 During the second day of first lady Melania Trump's trip to Africa, she visited a former slave holding facility in Ghana.

After touring the facility known as Cape Coast castle, she called it a "very special place" that she will never forget. Millions of people passed through it and places like it before they were taken to the Americas to be sold as slaves.

"The dungeons that I saw, it's really something that people should see and experience," she said. "What happened so many years ago, it's really a tragedy."

On Tuesday she visited a hospital, where she met with mothers and held babies. She also handed out teddy bears that had her "Be Best" campaign slogan on them.

Her five-day tour of the African continent is primarily meant to promote that campaign, which is largely focused on children's issues.

Later this week she's also expected to visit Malawi, Kenya and Egypt. This is her first major solo trip abroad since she became first lady.