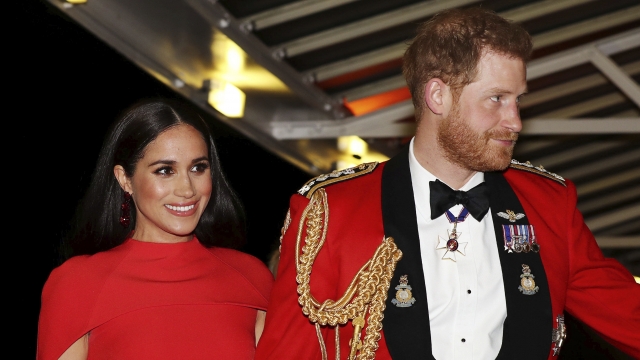 Meghan narrated a documentary benefiting Elephants Without Borders, a conservation group she's worked with in the past.

Disney announced on Thursday that Meghan, the Duchess of Sussex, is the narrator of one of its new documentaries. This is her first post-royal job.

"Elephant" is a Disneynature movie about an elephant family trekking 1,000 miles across the Kalahari Desert.

According to a Disney press release, Meghan met the movie's creators when she and Prince Harry were working in Botswana a few years ago. The couple has worked with the conservation group Elephants Without Borders there in the past. The filmmakers reportedly reached out to Meghan "knowing her passion for the subject and the footage."

You could say another passion of Meghan's is acting. Before she and Harry got engaged in 2017, she worked as an actress and was best known for her work on the show "Suits."

The couple shocked the world when they announced they were stepping back as senior members of the royal family in January. They wrapped up their final royal duties in early March.

The documentary will benefit Elephants Without Borders. "Elephant" and another Disneynature documentary called "Dolphin Reef" will debut on Disney Plus on April 3.