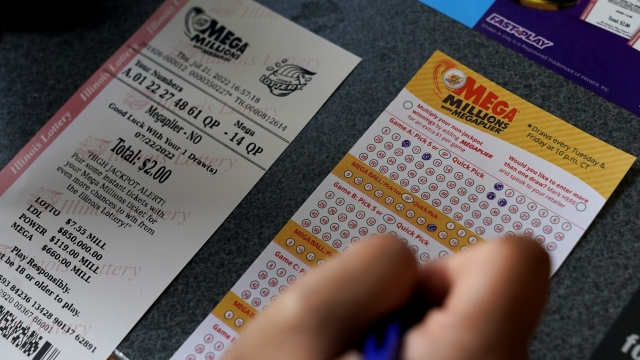 Lottery officials on Friday raised the Mega Millions grand prize to $790 million, giving players a shot at what would be the nation's fourth largest jackpot.

The next drawing is on Tuesday. The jackpot has grown so large because there hasn't been a winner in three months. Those 27 consecutive drawings without anyone matching all six numbers has allowed the jackpot to gradually grow from its $20 million starting point in April.

The highlighted pre-tax $790 million prize is for a winner who takes an annuity option, paid out in 30 annual payments. Most players choose the cash option, which for Friday's drawing would be $464.4 million.

Mega Millions is played in 45 states as well as Washington, D.C., and the U.S. Virgin Islands. The game is overseen by state lottery officials.