Meg Ryan Will Narrate 'How I Met Your Mother' Spinoff 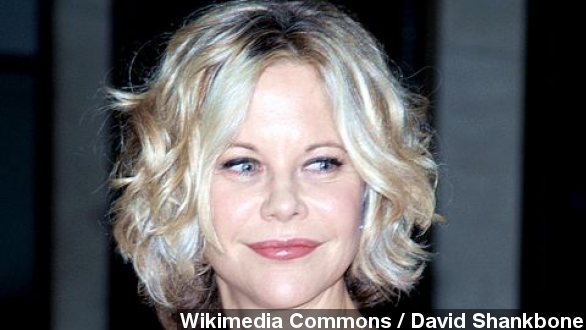 The beloved "How I Met Your Mother" series concluded its nine-season run last month, but its highly anticipated spinoff already has fans abuzz about what's to come.

And big news: E! reports Meg Ryan is the newest actress set to join the cast of CBS' upcoming "How I Met Your Dad." It will be Ryan's first regular prime-time television role ever, but she won't be making any on-screen appearances.

Mirroring Bob Saget, who voiced "future Ted" in the "How I Met Your Mother" series, 52-year-old Ryan will narrate the voice of "future Sally," played by Greta Gerwig, a "female Peter Pan" telling the story of how she met her husband. (Via HBO / "Bob Saget: That Ain't Right", Wikimedia Commons / David Shankbone)

According to People, the spinoff will be similar to its predecessor, but their stories will not intersect. The new series will include an entirely different set of friends.

But with the finale of "How I Met Your Mother" drawing so many polarizing opinions from fans, some question whether the new show should follow in those footsteps.

A writer for ScreenRant adds, "We all know spinoffs are often met with trepidation and skepticism, but this seems to be especially true when the spinoff is born from a successful and popular series that has just ended its nearly decade-long run with a much-debated finale."

Still, many have high hopes. According to Us Weekly, although the sitcom has only been picked up for a pilot so far, its "impressive cast" has made it a leading pick for CBS' fall lineup.

CBS has yet to comment on the show's casting picks.