Meet The Cute Canine Who Won The 2015 National Dog Show 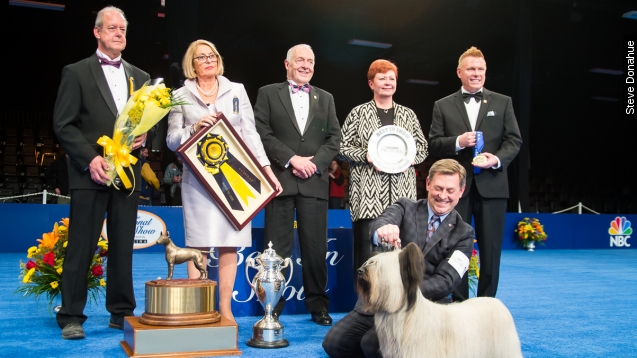 We have a winner from the 2015 National Dog Show.

The show's host, David Frei, told People: "Not only a great Skye terrier and a great show dog, but Charlie is fun for everyone. He makes us all smile as we look at those big ears, his beautiful coat, his long and low shape and his happy personality."

Despite beating out 1,700 other dogs, this award is no big deal for Charlie. He has 79 best-in-show titles under his belt in his career as a show dog.

The show actually took place two weeks ago in Philadelphia, but about 20 million people were expected to tune in to its broadcast on Thanksgiving Day.

So here's a big thanks to all the dogs for giving people who don't like football a way to avoid their families on Thanksiving.

This video includes images from Steve Donahue and Getty Images.