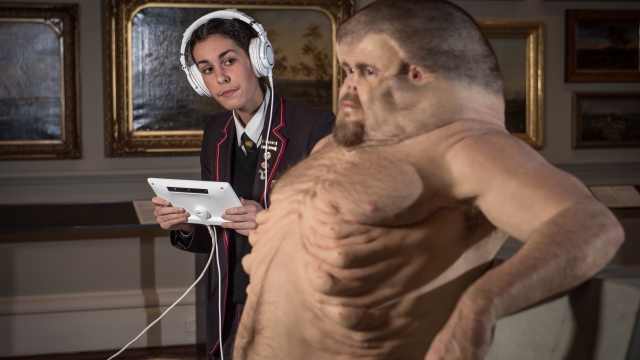 The sculpture was designed by a crash researcher, a trauma doctor and an artist.

Want to make sure you survive a car crash? Apparently you need to look very different.

"The truth is that cars have evolved a lot faster than we have. Our bodies are just not equipped to handle the forces in common crash scenarios," a researcher said in a video from Australia's Transport Accident Commission.

Meet Graham. A crash researcher, a trauma doctor and an artist designed him to survive a car crash.

Hypothetically, that big head would give your brain extra protection. And his hoof-like legs could make it easier to jump out of the path of an oncoming car.

SEE MORE: Lots Of Americans Get Road Rage Where They Should Be Relaxing

The Graham campaign stands out because it's a more lighthearted approach than the gruesome crash scenarios many have come to expect from the driving-PSA genre.

And, apparently, he has a uniquely Australian charm.

"While he's a mutant, he's a distinctly Australian one, with his laconic pose and no-nonsense stare," an anchor said in a 7 News report. "He's very Australian, I think," the artist who designed Graham told reporters.

Graham will be on display in an augmented reality experience throughout Victoria, Australia, this year.