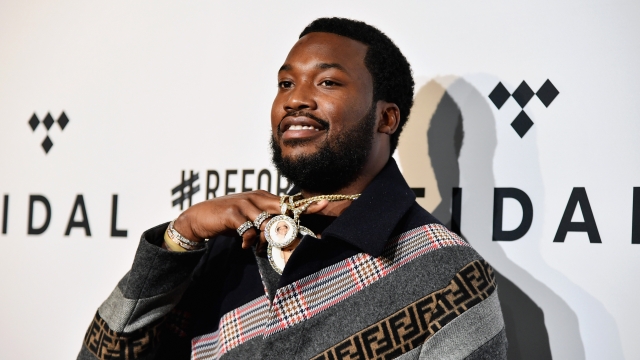 Rapper Meek Mill has pleaded guilty to a misdemeanor gun charge from 2007 and won't serve additional time in prison for a case that's kept him on probation for most of his adult life. All other charges against him have been dropped.

Meek Mill, whose legal name is Robert Williams, reached a plea deal after the Pennsylvania Superior Court threw out his 2008 conviction last month in light of new evidence.

Williams was arrested in 2007 on gun and drug charges and convicted in 2008. The following year, Judge Genece Brinkley sentenced him to 11-23 months behind bars and seven years of probation. In 2017, Brinkley ruled he was guilty of violating his parole and sentenced him to two to four more years in prison.

During Williams' appeal, both the prosecution and defense teams questioned the credibility of the officer who testified that Williams had sold crack and pointed a gun at police in 2007. The defense also accused Brinkley of bias.

Philadelphia District Attorney Larry Krasner's office supported the appeal after an investigation found that the officer had stolen money while on duty and lied about it to the FBI. Brinkley was also taken off the case, and Williams was granted a new trial.

In his testimony, the rapper said he was carrying a gun when he was arrested in 2007 but denied that he pointed it at police or was selling drugs at the time.

Krasner said, "Mr. Williams was unfairly treated in a case that exemplifies the destruction caused by excessive supervision, instances of corruption, and unfair processes in our criminal courts."

Williams is an outspoken criminal justice reform advocate as well as a chart-topping hip-hop artist who's sold millions of albums.

The new docuseries "Free Meek" covers his life in and out of courtrooms and highlights his trials and tribulations within the criminal justice system.