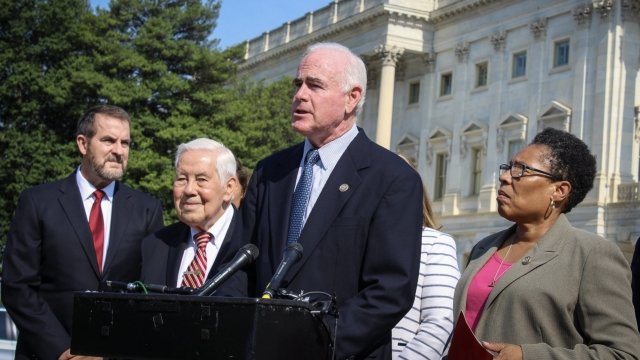 U.S. Rep. Patrick Meehan says the former aide who filed a sexual misconduct complaint against him "specifically invited" him to communicate with her in an intimate way.

These comments come after The New York Times reported the lawmaker used thousands in taxpayer funds to settle a complaint with the woman. The report alleged Meehan had an unrequited romantic interest in the woman, and Meehan reportedly grew hostile after she rejected him several times, prompting her to file a complaint.

Now, Meehan acknowledged to The Times that when he learned the woman began a relationship with someone else, he didn't respond "as well as I would like to have."

He told The Philadelphia Inquirer that his reaction instead stemmed from stress over the efforts to repeal the Affordable Care Act.

The House Ethics Committee is investigating Meehan's behavior. The lawmaker says he's willing to reimburse taxpayers for the funds he used if the committee finds he did engage in harassment.