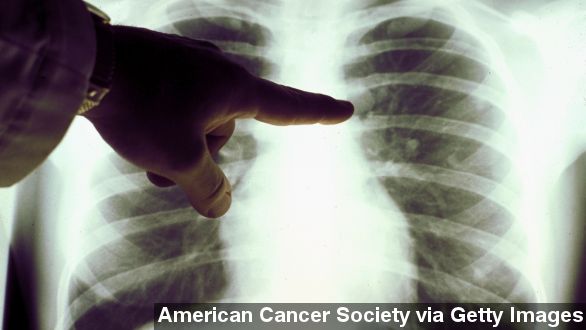 SMS
Medicare Could Cover Some Lung Cancer Screenings
By Matt Moreno
By Matt Moreno
November 11, 2014
The proposal from the Centers for Medicare & Medicaid Services could gain approval in February.
SHOW TRANSCRIPT

Lung cancer is the leading cancer killer in the U.S., and although many private insurers pay for screenings, Medicare doesn't. But that could change.

The Centers for Medicare & Medicaid Services announced the proposal Monday and the hope is, if approved, it will help detect early stages of lung cancer in older patients. The scans can cost anywhere from $100 to $400.

According to the American Cancer Society, 224,000 new cases of lung cancer appear every year, with nearly 160,000 people dying from the disease — making it the deadliest cancer.

The New York Times reports this move follows a government medical panel's suggestion to cover annual screenings. Last year that panel estimated the screenings could save 20,000 lives a year.

Despite the U.S. Preventive Services Task Force ruling in favor of the screenings last year, there was doubt as recently as May that Medicare would comply.

Interestingly though, Medicare might be a little behind in the game.

With the 2010 Affordable Care Act, private insurers had to start covering any procedures the USPSTF strongly recommends, and as of last year, that includes lung screenings for smokers.

Though smokers were among the hardest-hit groups when Obamacare enrollments rolled out. The plan charged smokers much higher rates than nonsmokers. (Video via Fox News)

A final decision on whether Medicare will cover the screenings will come in February.