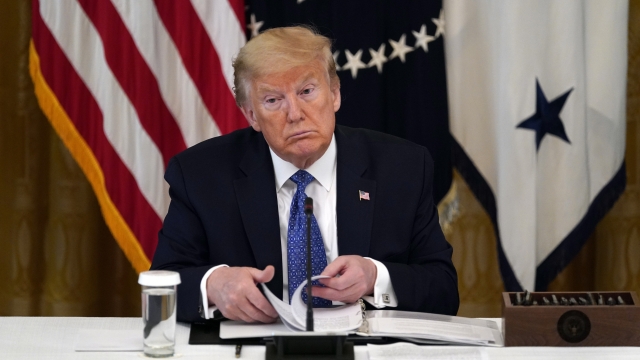 SMS
Medical Journal Refutes Allegation Trump Made In Letter To WHO
By Ahmed Jawadi
By Ahmed Jawadi
May 19, 2020
​The Lancet said the first reports it published on the coronavirus were on Jan. 24, not in early December as the president alleged.
SHOW TRANSCRIPT

The Lancet medical journal has fact-checked a statement President Donald Trump made in his recent letter to the World Health Organization.

In that letter sent to the WHO's director-general on Monday, President Trump alleged the organization had "consistently ignored credible reports of the [coronavirus] spreading in Wuhan in early December 2019 or even earlier, including reports from the Lancet medical journal."

But The Lancet said Tuesday the president's "statement is factually incorrect," adding that it wasn't until Jan. 24 that it first published any reports on the coronavirus. It said the first report focused on the first 41 patients diagnosed with COVID-19 in Wuhan, China, while the second one looked at the first scientific evidence confirming person-to-person transmission.

The Lancet also criticized President Trump's letter in general, calling his allegations against the WHO "serious and damaging to efforts to strengthen international cooperation to control this pandemic."