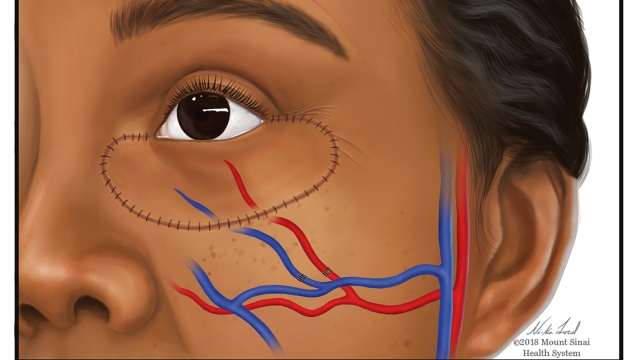 SMS
Medical Illustrators Address Representation In Publications
By Tammy Estwick
By Tammy Estwick
April 20, 2022
Research shows lighter skin, and European features have been the medical illustration industry's standard since its conception in the 1950s.

The medical illustration field is on a quest to switch out an old default ideology for something new — more inclusivity.

Twenty-six-year-old Adonia, who did not share her last name with Newsy, says she tried searching online to self-diagnose a lump on her breast but her search results came up with only pale, light and fair-complected women

"There's a lack of people who look like us," she said. "I went to my physician, and he just said it was fluid passing by — but because there was nothing that looked like me — because there was no example of what I found on my breast. I honestly thought I had breast cancer."

Adonia's experience happens to many darker-skinned Americans who see a lack of themselves in situations like these.

One 2018 study looked at the major U.S. medical textbooks and inspected over 4,000 images in them. They found that less than 5% of images showed dark skin.

"Even before you get to the treatment state, it leads to misdiagnoses in the first place because people are not — you're not realizing how this skin condition or condition can present on brown skin," Ford said. "So if you're not learning that in school when you're becoming a medical professional, how would you know to recognize it when you're actually dealing with a patient in the clinic? And then, how do you know how to treat it?"

Research shows lighter skin, and European features have been the medical illustration industry's standard since its conception in the 1950s.

"The textbooks and publications that were being used then — and still used now — derived from the Greek and Roman aesthetic historically. And that that kind of aesthetic always favored like cis, white male," Ford continued.

Ford says there hasn't been much research around populations of color in this field.

Many people in different African nations say they too learn from Euro-centric medical textbooks.

"It's been embedded in our training because of those textbooks being used as like the standard," Ford said.

As a teacher, illustrator and AMI President Nicholas Woolridge says he's seen opportunities over the last 30 years to help guide change. Over a decade ago, he worked on a project dealing with breast cancer.

"Of course, by default, I made a white woman. And as I was doing it, I realized, 'This isn't quite right,'" he said. "So I ended up making three versions of the external anatomy. In other words, just the skin layer. And I made a Black woman, an Asian woman and a white woman."

Another major project was the recoloring of the hugely popular Grant's Atlas of Anatomy from the 1940s.

"I was in charge of supervising the illustrators who did a recoloring of this. Because these illustrations were in black and white, the atlas needed to be in color to compete in the market," Woolridge said. "So in that atlas, there are many situations where specimens that were originally of white individuals, we were able — at that point — to diversify that representation."

In December, what looked like a simple social media post made many with darker skin sit up and lean in.

The illustration showed a dark-skinned pregnant woman with her dark-skinned baby inside her belly. The AMI says these are the types of images that they're trying to make mainstream. But they admit more needs to be done.

"I wouldn't ever claim like the two examples that I gave don't indicate that 'Oh, everything's OK now.' Not at all. You know, things are not OK,: Woolridge said.

The Association of Medical Illustrators says they now advise clients about different options, not only darker skin tones, but also thinking about the disabled and the LGBTQ community.

As for Adonia, her doctor was able to correctly diagnose her.

"I think that representation just makes you feel safe, makes you understand that there's a place for you," she said.

The medical illustrations field is now finding ways to evolve beneath the skin's surface.