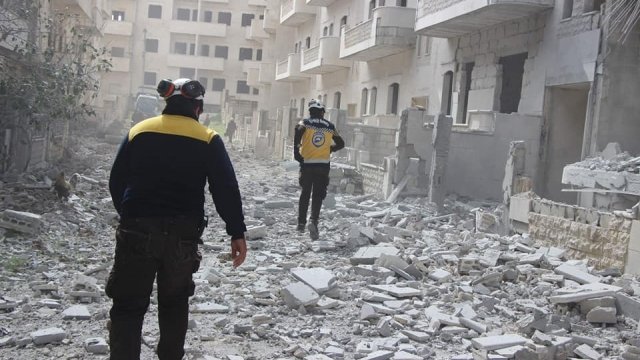 More than 1,000 people have been killed in Syra's eastern Ghouta region over the course of just two weeks, according to Doctors Without Borders.

The humanitarian medical group based its estimate off data from two-dozen medical facilities it supports. Data was collected from the evenings of Feb. 18 to March 3.

Doctors Without Borders also estimates more than 4,800 people have been injured since pro-government forces intensified attacks on the area in February.

The group noted its numbers aren't final totals for that two-week span since there are other medical facilities in the region it doesn't support.

Air strikes reportedly started back up Friday after the International Committee of the Red Cross entered the area to deliver food supplies. As of Friday morning, it's unclear if workers were able to unload all the aide.

At least two other aide deliveries were halted earlier this week because of the violence.