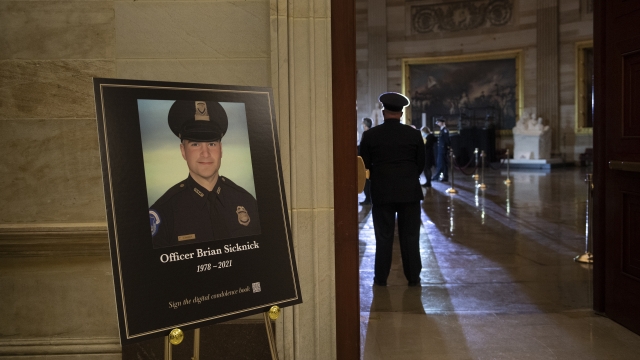 The examiner told The Washington Post that Sicknick did not die of internal or external injuries as some speculated but that the day's events "played a role in his condition."

After the riot, Sicknick collapsed in his office and suffered two strokes before being pronounced dead the next day at a hospital.

The U.S. Capitol Police said it accepts the findings, but that "this does not change the fact Officer Sicknick died in the line of duty, courageously defending Congress and the Capitol."