How Much Does President Trump Golf? It's Hard To Keep Track 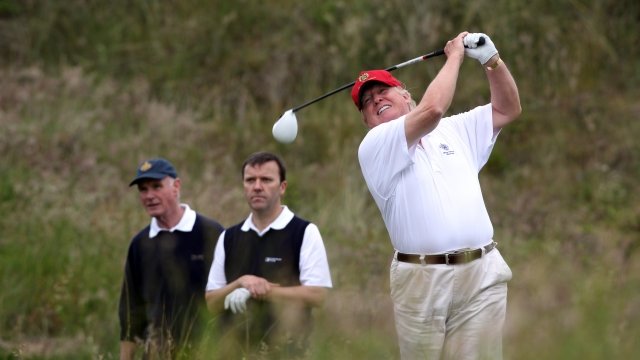 SMS
How Much Does President Trump Golf? It's Hard To Keep Track

By Ryan Biek
August 10, 2017
When asked by the press, the White House often refuses to confirm when the president golfs or whom he golfs with.
SHOW TRANSCRIPT

President Donald Trump's received a lot of criticism for the time he's spent on golf courses since taking office.

As of Thursday morning, NBC counts Trump's spent 50 days at golf properties since the inauguration.

But the number of times Trump actually played golf is much harder to track. The administration often refuses to confirm if the president hit the links or who he played with.

So journalists have frequently relied on social media — like this Instagram post from Mike Fazio, a New York-based CEO — to determine if Trump played a round.

In Fazio's case, it seems news outlets saved the photo before his account became private. When the press asked about that photo, the White House wouldn't confirm whether or not Trump golfed with Fazio on Wednesday. 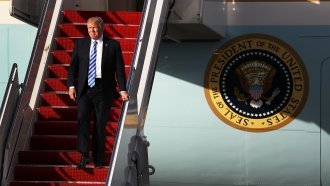 The White House has defended Trump's golfing as a way for the president to make deals.

But journalists take issue with the secretive nature of Trump's golf habits. During the Obama administration, reporters recall being told who President Barack Obama was golfing with and when.