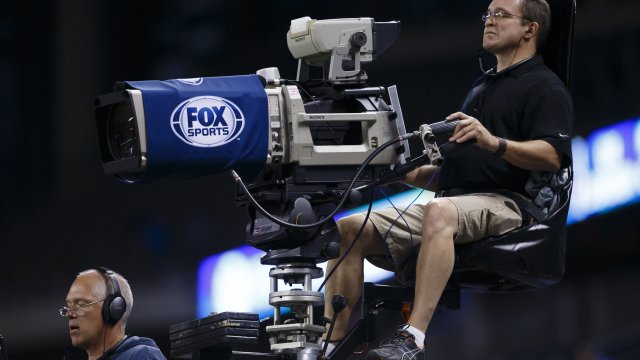 The NFL, like many other businesses, faces an uncertain future amid the COVID-19 pandemic. And that leaves America’s biggest media networks hanging in the balance — especially if the 2020 season is canceled.

“I don’t really see a Plan B in terms of the hit that they’re going to take if things go awry,” said Tuna Amobi, media and entertainment analyst at CFRA Research.

ESPN, NBC, CBS and Fox pay a combined total of nearly $4 billion a year for the rights to air NFL games. The return on that investment partially relies on ad revenue — something they can only bring in if there are games to air.

The NFL is currently planning for a full regular season. But 10 teams reported having at least one player test positive for COVID-19, and the players union is reportedly negotiating opt-out clauses for the athletes.

Meanwhile, one of the league's most valuable franchises might not allow fans in the stadium this year. Even the possibility of a shortened season poses several financial risks to the networks.

“Live sports —  [which] the NFL brings much better than any other league — has been the glue that holds the television landscape together, and helps consumers justify continuing to pay for much higher, traditional television packages,” Amobi said.

The potential fallout spells trouble for an already beleaguered media industry that’s suffered mass layoffs since the early days of the pandemic. And though there’s no pandemic playbook, the NFL is trying to mitigate the expected losses.

“You can see already the importance of the relationship to their media contracts,” said Marty Conway, adjunct professor of sports marketing at Georgetown University.

That includes exploring ways to put empty seats to use, like by adding sponsorship banners that can be seen on television. It’s one of many measures the NFL and networks are willing to try as Sept. 10 approaches.

“The idea that this entire season could be suspended is unthinkable at this point,” Amobi said.