Media In The Dark During Washington, DC, Blackout 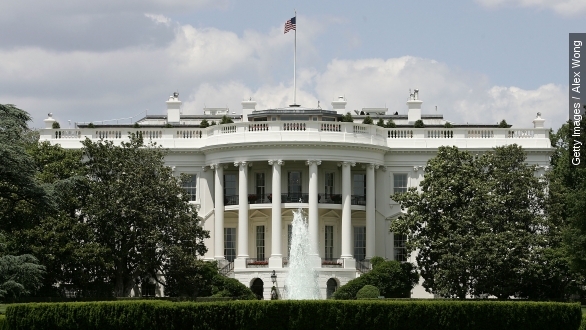 On Tuesday, American news was dominated by the story of a power outage in parts of Washington, D.C., caused by a problem with a transmission line.

"Breaking news coming out of the nation’s capital," reported CNN.

Most coverage focused on how the outage hit important facilities, including the White House, State Department, some D.C. public transportation, Smithsonian museums and the University of Maryland.

But, as should be expected, the U.S.'s most important government buildings have backup power sources, which reportedly kicked in almost immediately.

The power at the White House came back within seconds, according to reporters, and White House Press Secretary Josh Earnest said the president didn't even notice the outage.

"I happened to be in a meeting with him, and when I walked out of that meeting, I was informed there was a power outage. At least during the period in which it seemed to be most noticeable, I was with the president, and he did not notice," Earnest said.

It didn't return as quickly to the State Department, which had to conduct its daily press briefing in the dark.

Early reports said the source of the outage was an explosion at a power facility.

"We're getting reports that the outages trace back to an explosion," said MSNBC.

But now, the area's power provider says it wasn't an outage, just a dip in power.

And even with the Department of Homeland Security saying there was no reason to believe crime or terrorism was involved, several reports hinted at a more sinister motive.

"Whether or not it might be an act of cyber terrorism or a cyber attack of some kind, we don't have any word on that just yet," said Fox.

"The department of homeland security is closely monitoring the ongoing power outage affecting D.C. To be clear, that does not mean they have any indication that this is tied to terrorism at this point, but in light of how widespread the power outage is, they are keeping a very close eye on it," reported CNN.

Most of the facilities that lost power are now back to normal, and the media eventually calmed down, too.