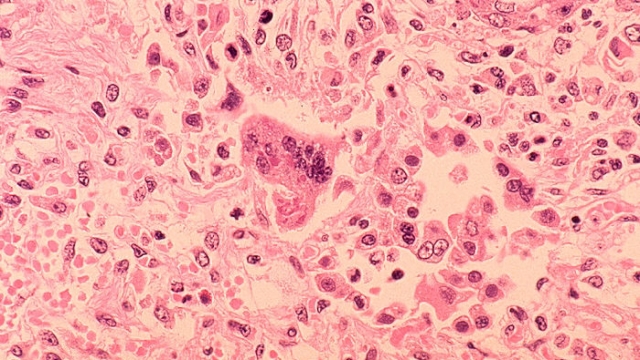 More than 2,600 people in Samoa have caught the measles and at least 33 people, mostly young children, have died.

The CDC is sending experts to address a measles outbreak in Samoa. As of Wednesday, Samoan officials said the illness had sickened more than 2,600 people and killed at least 33, mostly children under the age of 5.

The Samoa Ministry of Health declared an outbreak on Oct. 16, and a state of emergency was announced just under a month later following several reports of measles-related deaths. Samoa has shut down schools, banned minors from public gatherings and mandated that all citizens get the MMR vaccine.

Helen Petousis-Harris, a vaccinologist at the University of Auckland, told The Washington Post on Tuesday that the virus was spread by unvaccinated people traveling to New Zealand, and that it then spread to Samoa. She described the outbreak as "really severe" and said it did not appear to have peaked yet.

Neighboring countries Fiji, Tonga and American Samoa have also seen measles outbreaks in recent months, but Samoa's vaccination rate is reportedly much lower than other Pacific nations. Data from UNICEF and the World Health Organization estimates Samoa's immunization coverage fell from 74% to 34% between 2017 and 2018.

According to Petousis-Harris, people "are not so confident in their health system. They have quite a culture of anti-vaccine sentiment there as well."

Samoa paused its MMR vaccine program from July 2018 to April 2019 to investigate the deaths of two infants who had received improperly prepared MMR vaccines.

The current outbreak in Samoa may have also been compounded by misinformation spread by so-called "anti-vaxxers."

In June, two prominent vaccine critics — Robert Kennedy Jr. and Taylor Winterstein — met in Samoa and appeared alongside government officials. In an Instagram post, Winterstein urged people to "investigate before you vaccinate" and described herself as "pro-science."

It should be noted that while vaccines can cause usually minor side effects, there is no evidence that vaccines are linked to autism or Sudden Infant Death Syndrome, or SIDS.

In a statement to Newsy, the CDC said its experts are working to provide "technical assistance for epidemiologic and surveillance activities, vaccination campaign implementation, campaign monitoring, and post-campaign mop-up planning."

The WHO reports measles outbreaks are spreading rapidly worldwide, especially in places with low vaccine coverage, with successive yearly increases since 2016. According to the latest available WHO data, there were an estimated 6.7 million global measles cases in 2017 and 110,000 measles-related deaths out of more than 173,000 reported cases.