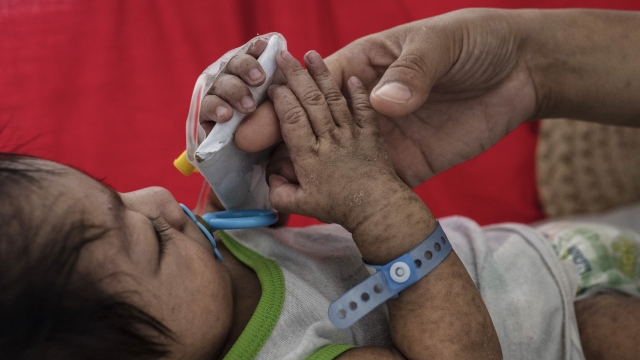 New research is giving parents another reason to vaccinate their children against measles. A new study published in the journal Science found children who aren't vaccinated for measles may be more susceptible to other illnesses.

A team of scientists from institutions including Harvard University looked at children who weren't vaccinated against measles in a community in the Netherlands. They discovered that the children who came down with measles and recovered lost anywhere from 11-73% of the antibodies needed to fight other infections like the common cold or the flu.

The scientists called it "immune amnesia." When healthy kids get sick, their bodies often "remember" their illnesses and maintain antibodies that can help defend against future illnesses. But measles seemed to wipe out those antibodies, leaving kids with fewer defenses.

The study was published amid the largest U.S. measles outbreak since 1992. According to the CDC, most reported measles cases in 2019 involved people who were not vaccinated.

One of the study's authors said, "When parents say no to getting a measles vaccine, you're not just taking a risk of your kid getting measles, you're causing them to lose this amazing resource of defenses they've built up over the years before measles, and that puts them at risk of catching other infections."

The scientists say those lost antibodies can return, but that can take months or years.