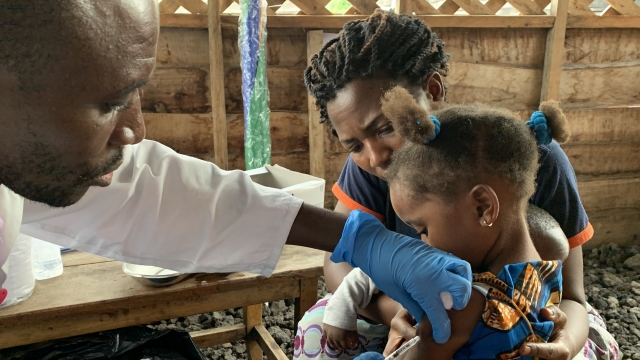 More than 6,000 people have now died from a measles outbreak in the Democratic Republic of Congo.

The World Health Organization says that makes it the world's largest outbreak of the infectious disease. It says roughly 310,000 measles cases have been reported in Congo since the start of 2019.

But medical kit shortages, a lack of access to health care and violent attacks on treatment centers have kept vaccination rates low in some parts of the country.

On top of that, more resources are going toward the country's Ebola crisis — despite the fact that measles has claimed three times as many lives as Ebola in Congo.

The WHO says about $27 million has been raised so far to fight measles in Congo. The organization is asking for $40 million more to vaccinate older children between the ages of six and 14.