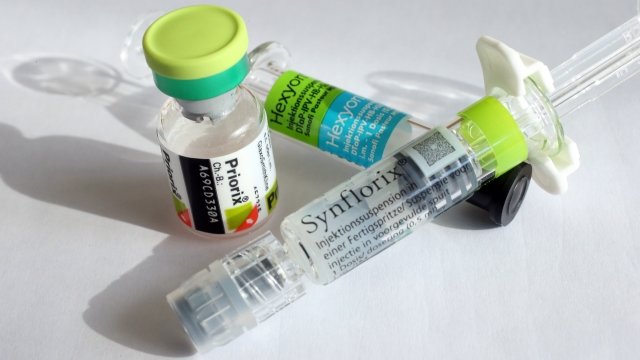 Europe has seen a sharp increase in the number of measles cases in the first six months of the year compared to all of 2017.

The World Health Organization says more than 41,000 kids and adults contracted measles in European countries from January through June, and the outbreaks have killed dozens so far.

Ukraine had the most cases, and Serbia reported the most measles-related deaths.

Experts are blaming the spike in infections to fewer people getting vaccinated. While measles is a highly contagious disease, the CDC says the vaccination can be 97 percent effective with two doses. And in order to prevent an outbreak, at least 95 percent of the population needs to get vaccinated. The WHO says it's now working closely with European countries to meet that threshold.

Europe isn't the only part of the world experiencing more measles cases recently. A CDC mid-year report showed at least 107 confirmed measles cases across 21 U.S. states and D.C., which is on pace to be the highest number of cases since 2014. According to the CDC, most people who got the infection hadn't been vaccinated. The agency says travelers from other countries with measles contribute to the spread of the virus in the U.S.