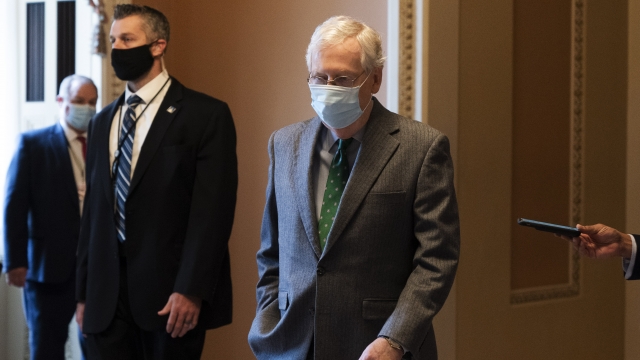 Senate Majority Leader Mitch McConnell said yesterday he would bring a potential coronavirus relief deal for a vote on the Senate floor. But The Associated Press reports behind the scenes, McConnell told GOP senators he warned the White House it would divide Republicans. They've been pushing for a much smaller, $500 billion bill. The Senate will hold a procedural vote on it today.

This morning, White House Chief of Staff Mark Meadows denied that McConnell urged the White House against a $2 trillion deal.

House Speaker Nancy Pelosi and Treasury Secretary Steven Mnuchin appeared to make some progress yesterday and will resume talks today on a much more expensive deal: around $2 trillion. Meadows says if they reach an agreement, he's confident they'll have the votes in the Senate.