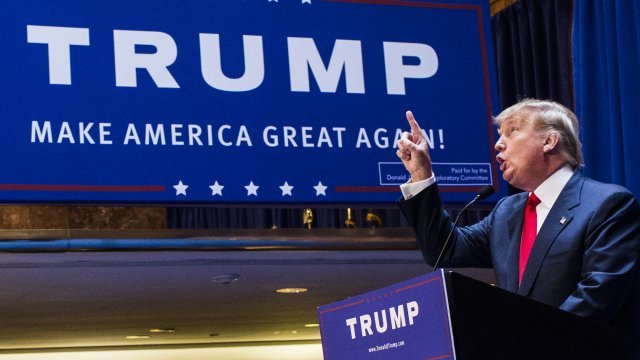 Maryland’s Senate approved a bill Monday that, if it became a law, would require presidential candidates to release their tax returns in order to be listed on the state's ballot.

It's a pretty clear response to President Donald Trump's refusal to share his returns during his campaign. He's the first president not to do so since Gerald Ford.

One sponsor, Democratic Sen. Paul Pinsky, told The Associated Press: "We think people should have that information. We should know if a president could potentially be compromised or manipulated."

Republican Minority Whip Stephen Hershey said, "This is the most childish bill that I've ever seen, and I'm embarrassed that it's on the floor."

The bill's critics are concerned it may not be constitutional in practice. But last year a counsel for the General Assembly decided it's "not clearly unconstitutional" either.

The bill now goes on to the state's House of Delegates.