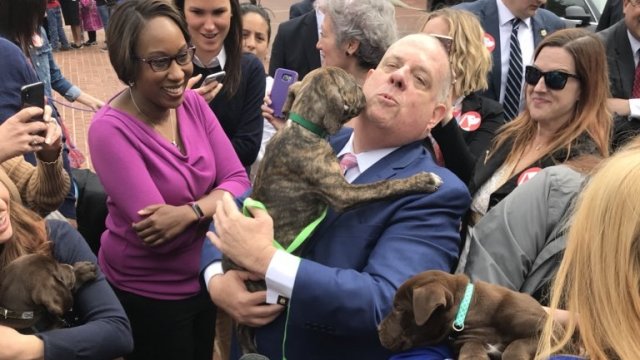 Gov. Larry Hogan signed the law Tuesday despite pushback from pet store owners. Several tried to convince him not to support the legislation.

California is the only other state with a similar law, although there are dozens of jurisdictions across the U.S. that ban the sale of commercially bred pets in retail pet stores.

Some pet store owners said they use responsible breeders and wouldn't be in business if they didn't. But lawmakers say they know of at least seven pet stores in Maryland that buy from puppy mills.

Going forward, pet stores can only get puppies and kittens from licensed breeders, animal welfare organizations or animal control units.

Maryland already had pretty strict regulations on pet stores: Retailers had to be transparent about the breeders they bought from and couldn't use breeders that had received a U.S. Department of Agriculture citation in the past two years.