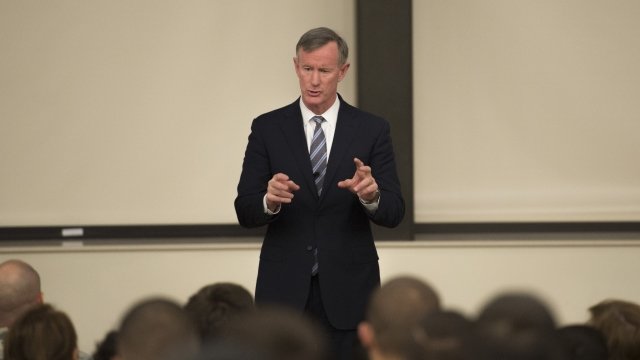 A retired Navy admiral asked President Donald Trump to revoke his security clearance in an op-ed published by The Washington Post on Thursday.

William McRaven — who oversaw the 2011 Navy SEAL raid that killed Osama bin Laden — made his request in solidarity with former CIA Director John Brennan, whose own security clearance was stripped earlier this week.

In his open letter to Trump, McRaven called Brennan "a man of unparalleled integrity" and "one of the finest public servants I have ever known."

McRaven continued, "Therefore, I would consider it an honor if you would revoke my security clearance as well, so I can add my name to the list of men and women who have spoken up against your presidency."

McRaven's response came on the same day Brennan wrote his own editorial for The New York Times saying the president had wiped his clearance to try to scare critics into silence.