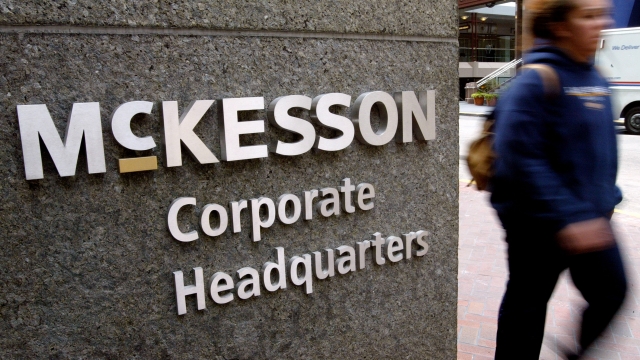 West Virginia Gov. Jim Justice, along with the state's attorney general’s office, announced the multimillion dollar settlement Thursday. He said it is believed "to be the largest state settlement of its kind in the nation against any single pharmaceutical distributor."

West Virginia filed suit against McKesson in 2016, alleging the drug manufacturer shipped millions of suspicious orders for opioids to the state for years without taking measures to prevent them from getting into the wrong hands.

Per the settlement, McKesson agreed "to pay $14.5 million within three business days of the case’s dismissal," with the rest getting doled out in annual installments over the next five years. The state intends to use portions of the money "to further the collective fight against drug abuse in West Virginia."

West Virginia has the highest opioid overdose death rate in the country, according to the CDC.

McKesson denied any wrongdoing. But a spokesperson said the company "is pleased that the settlement provides funding toward initiatives intended to address the opioid epidemic." In 2017, after another DEA probe, McKesson agreed to pay a $150 million penalty and suspend sales of opioid pills in Colorado, Ohio, Michigan and Florida.