Don McGahn Appeals Ruling That He Must Obey Congress' Subpoena 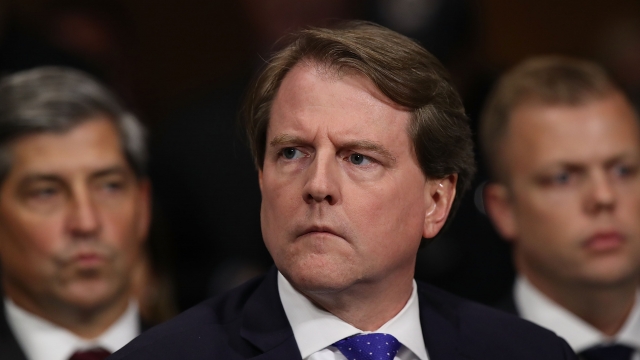 SMS
Don McGahn Appeals Ruling That He Must Obey Congress' Subpoena
By Johannah Grenaway
By Johannah Grenaway
November 26, 2019
The Justice Department says no appeals court has decided whether the executive branch can stop White House officials from testifying in Congress.
SHOW TRANSCRIPT

On Tuesday, former White House counsel Don McGahn appealed a judge's ruling ordering him to comply with a congressional subpoena to testify in the impeachment inquiry. He also asked the judge to prevent him from being forced to testify during the appeal process.

The judge said "it is a core tenet of this Nation's founding that the powers of a monarch must be split between the branches of the government to prevent tyranny."

According to the Justice Department, no appeals court has determined whether the executive branch has the power to stop White House officials when Congress asks them to testify. The department says McGahn has a "significant chance" of winning the appeal.