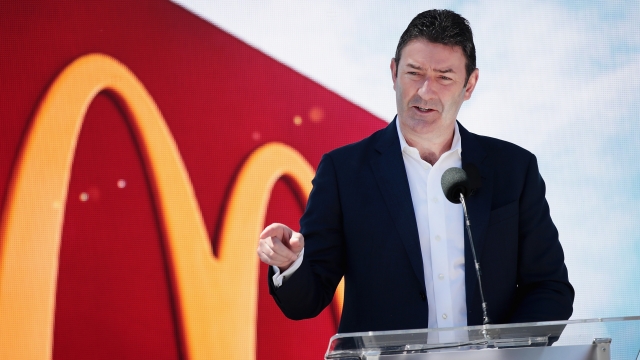 McDonald's CEO has left the company over an inappropriate relationship with an employee.

The fast food giant said in a  statement Steve Easterbrook "separated" from the company after the board of directors found he "violated company policy and demonstrated poor judgment" in a consensual relationship with an employee.

Easterbrook said in an email to McDonald's employees that relationship was a QUOTE "mistake." He added: "Given the values of the company, I agree with the board that it is time for me to move on."

Easterbrook became the CEO of McDonald's in 2015. The company saw a lot of positive change under his leadership — including increased sales, better efficiency and improved technology.

Easterbrook has been replaced by the former president of McDonald's USA. The change is effective immediately.