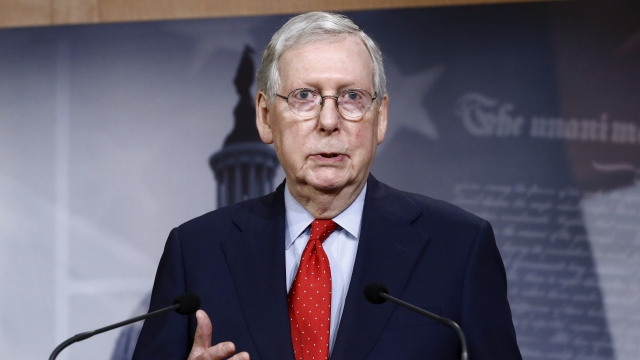 In an interview with conservative radio host Hugh Hewitt, McConnell said Wednesday he would "be in favor of allowing states to use the bankruptcy route" instead of bailing them out with federal money.

McConnell suggested the idea after the Senate passed a coronavirus relief package to help small businesses and hospitals. The bill did not include relief for state and local governments, like New York, that have seen major revenue declines; lawmakers have promised the next bill will include that. President Donald Trump has also reportedly agreed to advocate for that funding.

Many lawmakers and leaders, including New York Gov. Andrew Cuomo, quickly shut down the idea of bankruptcy.

Republican Gov. Larry Hogan of Maryland also criticized the idea. He said, "The last thing we need in the middle of an economic crisis is to have states all filing bankruptcy all across America and not able to provide services to people who desperately need them."