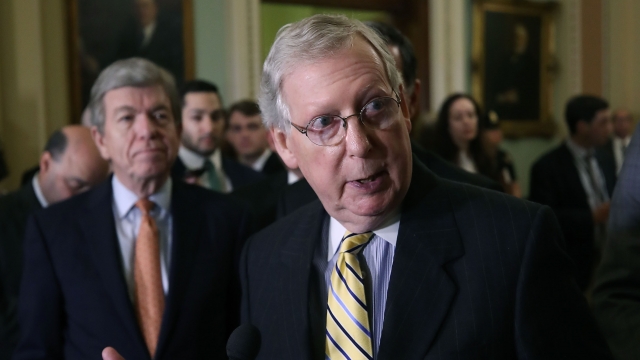 The partial government shutdown could come to an end if lawmakers agree to President Donald Trump's proposal later this week.

He said: "The president's made a comprehensive and bipartisan offer that would accomplish everything Democrats have said needs to be accomplished right now, immediately. It's a strong proposal. It's the only thing on the table. And later this week, we'll vote on it."

The president's proposal calls for $5.7 billion in funding for the wall in exchange for temporary protections for some DACA recipients. But Democrats have made it clear they won't approve any new money for a wall.

To pass, the measure would need the support of every Republican and seven Democrats. McConnell declined to answer questions Tuesday about whether he believes any Democrats are on board.