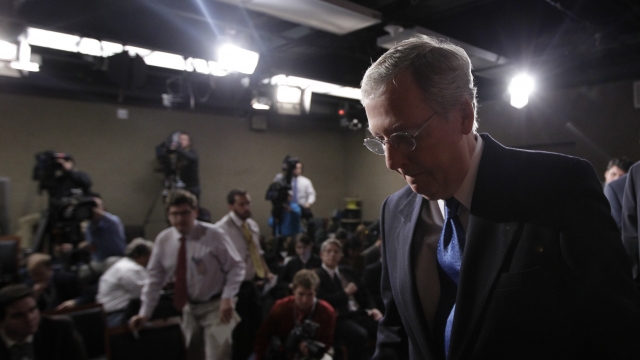 The Senate GOP will push for additional funding for paycheck protection for small businesses and a $500B stimulus package on Tuesday and Wednesday.

Senate Majority Leader Mitch McConnell says the Senate will vote Tuesday on additional funding for the Paycheck Protection Program (the PPP) to help small businesses. The next day, Senators plan to take up a $500 billion dollar version of the stimulus package which includes expanded unemployment benefits. The Democrats aren't expected to support the measure — saying it’s not big enough to be effective and needs to include more testing for the coronavirus — though negotiations continued over the weekend.

On ABC, Rep Nancy Pelosi said, "They took out 55% of the language that we had there for testing and tracing and the tracing part is so important because communities of color have been disproportionately affected by this…  we haven't had agreements in the language yet, but I'm hopeful."

For months the two sides — the Democratic-controlled House and the Republican-controlled Senate — have been trying to pass their own preferred legislation only to be rejected by the other party. The Democrats have been pushing for their stimulus package of more than $2 trillion. Then there’s the White House, with President Trump pushing for a $1.8 trillion plan.