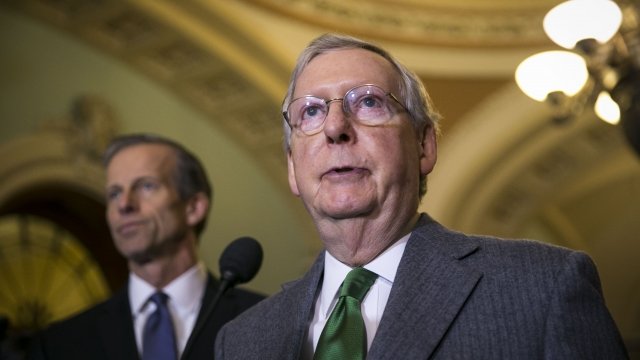 Senate Majority Leader Mitch McConnell says Congress isn't going to do anything about DACA — for now.

DACA, or Deferred Action for Childhood Arrivals, is the Obama-era program that allowed some undocumented immigrants to remain in the U.S. The Trump administration announced in September it would rescind the program.

McConnell appeared on Fox News and said discussions over the program will take place in 2018, in part to avoid a government shutdown. He said President Trump gave lawmakers until March to figure DACA out.

Congress is currently working to pass a spending bill to keep the government running. As it stands, the government only has enough money to work through Friday, Dec. 22.