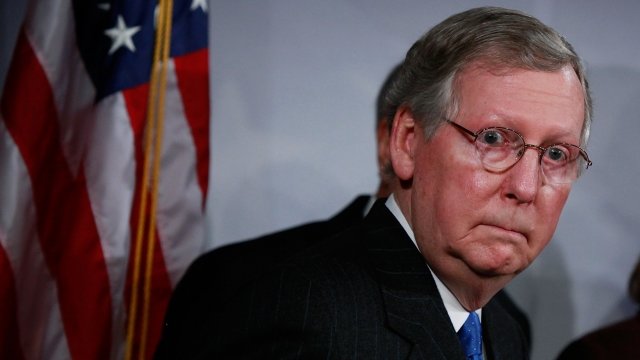 Senate Majority Leader Mitch McConnell doesn't seem to be on board with new legislation that would check President Donald Trump's authority on tariffs.

McConnell said during an interview with SiriusXM, "I don't think we need to be trying to rein in the president through legislation. ... It would be an exercise in futility because he wouldn't sign it."

Sen. Bob Corker introduced a new bipartisan bill Wednesday. It would require the president to get approval from Congress before enacting tariffs in the interest of national security.

McConnell said Tuesday he won't bring up the measure as a separate bill but that he wouldn't be opposed to adding it to other legislation as an amendment.

Trump faced backlash from lawmakers from both sides of the aisle after he imposed tariffs on steel and aluminum from the European Union, Canada and Mexico.