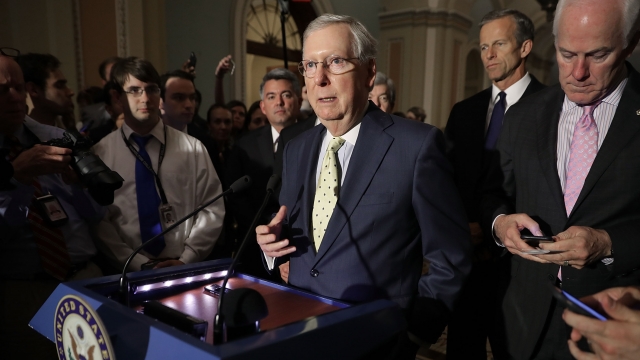 Republican senators hit back at their Democratic colleagues Tuesday, just a day after Democrats held the Senate floor in protest of a yet-to-be-seen health care bill.

"They're spending their time and energy giving speeches to each other on the Senate floor and absolutely contributing nothing toward a solution to this problem," Republican Sen. John Cornyn said.

Senate Majority Leader Mitch McConnell told reporters Tuesday he hopes to have "a discussion draft" of the bill available Thursday.

He's hoping to hold a vote on the legislation next week once the Congressional Budget Office scores the bill.

And don't expect it to be like the House's health care bill — at least according to McConnell. 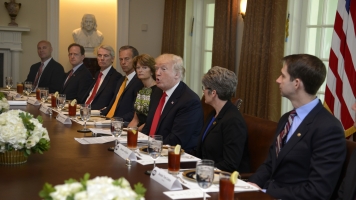 "[It will] take a different approach based upon these endless discussions we've had with the only people interested in changing the law, which is Republican senators," McConnell said.

Like McConnell, White House Press Secretary Sean Spicer also pushed back on Democrats' concerns about a lack of transparency in the bill-writing process.

"They chose not to  — made it very clear that they didn’t want to engage in this process. So to turn around now and to second-guess — that's something they should take up with their own leader," Spicer said.

But some Republican senators who were supposed to help write the bill have even been critical of the process.

"It's not being written by us. It's apparently being written by a small handful of staffers for members of the Republican leadership in the Senate. So if you're frustrated by the lack of transparency in this process, I share your frustration," Sen. Mike Lee said in a Facebook live video Tuesday.

Sen. John McCain told Bloomberg that he hadn't seen the bill. He then quipped: "I’m sure the Russians have been able to hack in and gotten most of it."

During the White House press briefing Tuesday, Spicer said he didn't know if President Trump or White House staffers had yet seen the bill.

"The president has been giving his input and his ideas and feedback to them, and he's very excited about where this thing is headed," Spicer said.