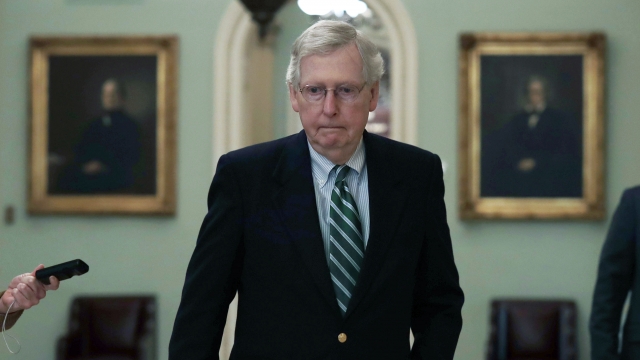 Senate Majority Leader Mitch McConnell blocked a resolution Monday that called for the details of Robert Mueller's Russia investigation to be made public.

The House overwhelmingly approved that nonbinding measure earlier this month.

The Washington Post said McConnell cited national security concerns as a reason for his decision.

As Newsy's previously reported, it's up to Attorney General William Barr to decide how much of Mueller's confidential report is released to Congress and the public.

In a summary of the report released Sunday, Barr said his goal is to release as much of Mueller's findings as he can. Though he did note he's required to remove secret grand jury material and any information that's relevant to ongoing investigations.

But Democratic lawmakers still want the full report. In a letter sent to Barr on Monday, six House committee chairs said his summary was "not sufficient" and requested he release all of Mueller's findings by April 2.

Meanwhile, President Trump told reporters it "wouldn't bother [him] at all" if Barr ultimately released the entirety of Mueller's report.