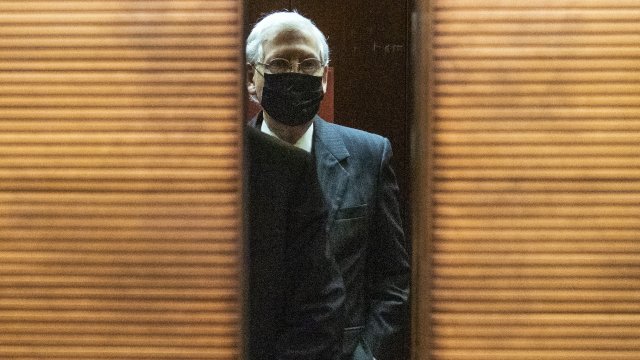 McConnell said GOP members are still in favor of a $500 billion package — which is scheduled for a vote next week.

Senate Majority Leader Mitch McConnell turned down the idea of a deal worth between $1.8 and $2.2 trillion — figures that were discussed between Democrats and the Trump administration.

McConnell said GOP members are still in favor of a $500 billion package — deal scheduled for a vote next week.

Meanwhile, U.S. House Republican leader Kevin McCarthy said he doesn't believe there will be an agreement on a comprehensive deal before the election, blaming Nancy Pelosi.

"There is one stumbling block to any deal getting through. It doesn't matter the size. The speaker of the house is the only one that's denying it," McCarthy said.

The GOP plan McConnell will present will be worth $500 billion. It'll include another round of funding for businesses and money for testing and hospitals.

Democrats argue it's not enough.